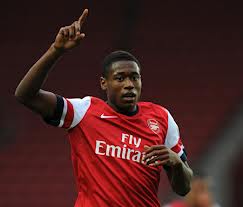 
Before I get down to being miserable about our defeat to Manchester City this afternoon I would like to recognise a milestone for this site. When I published the last post on Wednesday night I knew that there had been 499, 000+ hits, so I was aware that we would definitely go through the half-million mark. That, in itself, is very heartening. The site has been around for just over two years, and over the past three weeks there has been a large increase in daily hits. I don't really know why, and I'm certain it has nothing to do with the quality of the writing. The thing that has amazed me this week, however, is that Wednesday's post attracted over 23,000 hits, making it the most read article I have produced on It's MY Arsenal Opinion. This figure made the site the second most popular on Arsenal's NewsNow feed over the 24 hour period following its publication. It was certainly a grand way in which to smash through the 500,000 mark. Thanks.

On with business and the boys were beaten 2-0 in Beijing by Manchester City earlier this afternoon. I'll start by saying that City are quite a bit further on with their pre-season than Arsenal, having completed a training camp in Austria before leaving for the far-east. However, they just looked like they were toying with Arsenal at times. I'm not going to dissect the game too much but I do want to comment on some individuals and Arsenal's complete lack of tactics.
Let's start with those tactics, as it should get most of the negative stuff out of the way. Arsenal started the game apparently believing they could emulate Spain by playing without a centre-forward. Gervinho was ostensibly the lone striker but, sadly, the Ivorian is to centre-forward play what I am to rhythmic gymnastics. There are times when you think Gervinho looks superb as he darts forward with the ball. Unfortunately he has to either pass or shoot eventually, and this is where there has seemingly been no improvement in his game whatsoever. It was a bizarre way to set up with Chamakh and Afobe sitting on the bench, while Santos played on the wing again. Theo Walcott also played out wide, despite the opportunity to try him in his favoured position through the centre. On the subject of Walcott I thought he played pretty well in his time on the pitch, and looked dangerous. All of this was in spite of Stewart Robson wanting to crucify him on the ESPN commentary every time he touched the ball. I don't know what Robson's problem is, but I want him sacked from his part-time role with Arsenal's official website.
The other "tactic" of note was the new Arsenal offside trap. As experiments go this one looks dead early on. When Thomas Vermaelen tries to play offside it becomes less of a trap and more of an invitation to go one-on-one with the goalkeeper. Maybe it is Wenger's gift to Steve Bould that he is allowing him to try and drill the boys in the art of raising the arm, but there is a hell of a lot of work to be done before it starts to be anywhere near convincing.
The positives from the game, aside from Walcott, were another forty-five minutes for Abou Diaby and excellent cameos from Alex Oxlade-Chamberlain, Ignasi Miquel and Chuks Aneke. Chamberlain was incredibly unlucky not to get us back in the game with a rasping shot that hit the inside of both posts, and City's powerful midfield could not handle him. Why he was then moved to the left-wing I don't know. However, when The Ox did move out wide he was replaced by Chuks Aneke in the central role. I've been a keen fan of Aneke since seeing him on Arsenal TV with the youths and reserves. He is big and strong and powerful, and he isn't afraid to pass, shoot or take people on. I wrote the other day of how Benik Afobe had failed to take his opportunity against Malaysia (and he did again today) but Aneke has certainly done himself no harm. At the back Miquel came on and was too quick and too strong for Aguero and Tevez on more than one occasion. I can't quite understand how the young Spaniard appears to be behind Kyle Bartley in the pecking order. He was outstanding when he came on today.
Overall it's always disappointing to lose, and I felt City deliberately let Arsenal come on to them after half-time, perhaps practising their tactics for an assault on the Champions League this season. I've no doubt Arsene Wenger will have seen it as a useful workout, and the absence of a number of Arsenal first-teamers will temper any disappointment in the result (though City were also far from full-strength). Before I wrap up on the City game there is one more thing that does not sit well with me, and that is seeing Marouane Chamakh get beaten in the air by Kolo Toure - after all, we all know that Toure hasn't got off the ground since early 2005. Olivier Giroud will have no problem in usurping the Moroccan.

Today sees London start its hosting of the Olympic Games. I can't tell you how excited I am about it. I have tickets for some of the events, though not as many as I would like. A lot of things have been wrong in the build-up to this Olympics, from it's hijacking by arty types who designed the hideous official logo, to the disgusting Great Britain kit (Stella "I'd be successful without my father" McCartney's "modern take on the Union Flag" - what modern take?) and the ticketing fiasco which has left thousands of British fans without the opportunity to see the Games in the flesh. Seb Coe's insistence that everything has gone well is frankly outrageous, and indicative of the arrogance of the man. However, you can't deny the organisation that has made this the smoothest run-up to an Olympic event in the last forty years (only Sydney 2000 can boast of coming close). There has been no dithering and very much a "can do" attitude.
I have no doubt that I will once again be made proud to be British by London 2012. I hope that the British athletes can be as successful as they were in Beijing four years ago. The feel-good factor will sweep the country if Mark Cavendish and co can get us off to a gold-medal start tomorrow. I will be paying some attention to the football as I have tickets for a couple of games at Wembley, but it won't be my personal focus for the Games - football shouldn't be an Olympic sport in my view, particularly not for professional players. I also have a ticket to see some hockey and some boxing, and I am looking forward to that far more than the football. Let's hope we have a fortnight of great excitement, and magnificent sport, hopefully under largely sunny London skies.

Finally for today, you can get some more from me over at www.arsenalzone.com by following this link to an article about Carlos Vela's Arsenal career.