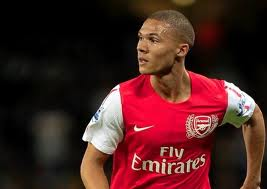 Kieran Gibbs - made the £30million tackle


Thank God for that. I had to spend yesterday afternoon stuck at work with little or no access to information in the outside World. Not knowing what is happening at a game is the most horrible thing. I kept taking the opportunity to try and sneak a view of what was going on via my Twitter feed, but the 3G didn't want to play during most of the game. I had a couple of texts to tell me the score, but the nature of my job meant I was unable to check those messages until about twenty minutes after I'd received them. It was absolute torture. I finally got a break at about 4.40 and went in to a back room where I could get some signal for the internet. I put my Sky Go on and saw a couple of minutes of the City game, and they didn't look like scoring. I quickly flicked over to Soccer Saturday, but they were understandably not going to The Hawthorns by that time. So it was back to Twitter where a number of Gooners were, thankfully, giving regular updates. When my break was over I was relieved to see that what I was dealing with at work had dissipated somewhat, so I was able to move slightly away from the desk, and the 3G was now better. I punched the air when Ray Parlour was the first to celebrate the victory in the Twittersphere. For the first time all day I was able to relax. The feeling was not one of joy and elation, but pure relief. I am pleased that we finished third, but not happy with a third place finish - there is a difference between the two.
I've watched the Match Of The Day and Football First highlights and we really do owe something to Marton Fulop in the West Brom goal. For me he was at fault for all three of Arsenal's goals, and I thank the spirit of Almunia and Fabianski for possessing the Hungarian yesterday. Having said that we have suffered so many times from a goalkeeper playing the game of his life against us. It made a nice and refreshing change to see someone have such a nightmare against us. It was fitting, for me, that Laurent Koscielny should get the goal that ultimately took us to the European Cup - he is by far the most improved player at Arsenal this season. His moment in front of the travelling fans was well deserved.
The less said about Arsenal's defending the better, I suspect. We were unlucky, perhaps, with the first goal. Shane Long was clearly offside (not a close decision) and had received the ball via a studs up challenge on Francis Coquelin in midfield. Having said that, Carl Jenkinson had ignored the position of his two centre-backs as he headed back towards his own goal, while Andre Santos wasn't even in Arsenal's half of the field. The second goal was simply awful as Vermaelen yet again went walkabout in to midfield as a ball was lifted over the top. You can lip-read Arsene Wenger after the goal mouthing "...every long ball over the top it's the same..." and he is not wrong, but I have to question why it keeps happening. Surely if Wenger has noticed what the rest of us have then he should have done something about it.
I was surprised to see Kieran Gibbs left out yesterday. Perhaps Wenger wanted the experience of Santos, and maybe the attacking quality he can bring. It certainly worked in the attacking sense, with Santos getting the equaliser before half-time. I must give credit to Arsene for then bringing on Gibbs in the second-half (though he then left Oxlade-Chamberlain on the bench again, and brought on Aaron Ramsey whose main involvement again was to give away possession). It was a change that ultimately got us in to the European Cup. The tackle made by Gibbs in the final minute was the challenge of the season from an Arsenal point of view. It was an intervention worth £30m-plus to Arsenal Football Club. In that moment he turned in to Nigel Winterburn or Kenny Sansom, launching himself with perfect timing to save the day for us. Gibbs has struggled a lot with injury but his form has generally got better across the season. Making a challenge like that, in the most important moment, in front of the England Manager, will have done his future prospects no harm at all. Well done Kieran, and thanks for saving our season. It was a tackle as important as any of Robin Van Persie's thirty goals. 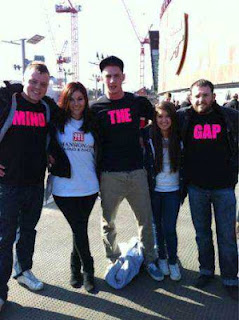 
So we finish in third place. If someone had told us we would be in that position following the game at Blackburn (I stated on here that I felt we were in a relegation battle, and I was not alone that day) we would have bitten their arms off for it. In that respect it has been a fine achievement from this group of players. There is plenty that is wrong, still, but today is not the time to talk about that. What is frustrating for me is that, had the Club done its business properly last Summer then we might have challenged closer to the top two this season. The fact that the worst Man Utd side in 20 years should have won this Premier League tells you how poor the overall quality was. Arsenal were not in a position to take advantage, and it was all their own fault. We can only hope that the relevant lessons have been learned and will be acted upon.
The third place finish of course meant we did get our St Totteringham's Day after all this year. The neanderthal masses were vanquished once again, as they have been for the past 17 years. Back in January we were being told by 'Arry and his journalist mates that they could win the Title. The Tottenham supporters were also believing it (they never learn) and were constantly telling us to "mind the gap". Well the gap has been well and truly minded, and Arsenal have finished above them yet again. In a season of disappointments it is a little bit of a consolation to know that they will not be lording it all Summer. You know it would have been unbearable had they got in front of us, so I'm rather pleased at the outcome, even though my ambitions for Arsenal are somewhat higher than finishing above perennial mid-table dross like Spurs. Just check out that picture above of those idiots before the North London Derby at our place - I'd love to meet those idiots, wouldn't you? Just tell me that doesn't make you laugh. What a bunch of cretins.

I can't sign off today without mentioning Manchester City. Congratulations to them on winning the Premier League. It truly is an astonishing achievement for a team assembled for hundreds of millions of pounds to win the Premier League on goal difference. I mean, could you ever have thought they might have a chance with that method of team-building?
The nature of the finish has given Sky the opportunity to go on and on about the best finish ever to a "Premier League" season. Of course football did not exist in England before 1992, did it? Except, of course, that football did exist, and there was an even more exciting ending in 1989. There will never, ever, be anything to compare to the top two effectively playing-off for the Title. Factor in that the underdogs had to win at the Champions by two clear goals (which hadn't been done at Anfield in years) and did so with the last kick of the season, and you can see that Liverpool losing to Arsenal will always be the most exciting.
I found it galling, though unsurprising, to hear Match Of The Day's pundits ignoring Anfield. Has Alan Hansen forgotten about it? I suppose he was a mile out of position as Mickey went "charging through the midfield" in 1989, but to ignore it completely? Cretinous stuff. Sadly, Hansen was not alone. Niall Quinn, who was sitting on the Arsenal bench at Anfield that night, also couldn't recall it as he claimed on commentary "I've never seen anything like it in my years in football." Paul Merson, who played at Anfield that night, was at it too - "I've never seen anything like it" he exclaimed on Soccer Saturday. What is wrong with these people? Yes, it was dramatic and it was incredible and it was exciting, but not as good as Anfield '89. Nothing ever will be.
Posted by DvbrisG at Monday, May 14, 2012