The FA are messing up the game, Wigan (h) preview 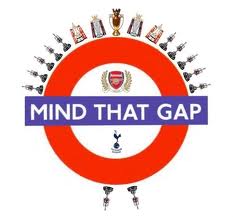 Arsenal must make it even bigger tonight


It's been another weekend of joke decisions and teams robbed. The FA have got what they deserve in that regard. They failed to take Ashley Young to task over his diving last week, so he did it again yesterday. They made Martin Atkinson the referee for the FA Cup semi-final and he messed it up royally. As much as we all enjoyed seeing Tottenham get destroyed there can be no argument that the "goal" that put Chelsea 2-0 up was the turning point of the game. Atkinson then failed to send off Adebayor for an over the top challenge on Gary Cahill, and Mikel for a kick at Scott Parker, for which Parker got booked! There was also a foul by Paul Scholes yesterday (a shock, I realise) in which he went in even higher than Balotelli last week. Of course Sky simply laughed it off. The FA should not be laughing off anything as the game is losing its credibility. Adebayor summed it up in his post-match interview yesterday where he said "it's killing the game." He is not wrong. It brings the points I made in this post last week in to even sharper focus. One reassuring thing is that it's not necessarily a problem particular to England, as Celtic were also robbed in their Cup semi-final yesterday against Hearts.

On to more important things then and tonight's game against Wigan Athletic. With Newcastle, Chelsea and Spurs not in Premier League action over the weekend we have a chance to press home some advantage tonight, and extend our lead over those sides.
Wigan have hit their usual late season form in recent weeks. They have become the masters of the great escape over the past few years. They play fine football under Martinez and, when they put it together, can be a match for anybody. Wigan have good, quick players in midfield and attack, and a very good goalkeeper in Ali Al Habsi. However, they also have a terrible defence in which Gary Caldwell is the main man.  Caldwell was a poor defender in Scotland, and he's even worse down here. People say that Per Mertesacker lacks pace, but it would be one hell of a close race between him and Caldwell. The BFG has the advantage of being a very fine reader of the game, and a good footballer. If Arsenal put the necessary pressure on the Wigan back four, and play with pace then we will pose them massive problems.
Once again tonight the focus will be on Arsenal's left hand side with regards to selection. I fully expect Tomas Rosicky to come back in for Aaron Ramsey, but will Yossi Benayoun keep his place out wide? I have seen it suggested that, because Victor Moses plays on Wigan's right, we should keep Benayoun in to assist Andre Santos. I can see the value in that, but should Arsenal really be picking a team to combat someone like Victor Moses, especially at home? I think not. It's time, as far as I'm concerned, for The Ox to be unleashed again. He must be raring to go having had very little action in recent weeks. I want to see him, Tomas and Theo providing Robin Van Persie with the necessary ammo tonight.
If we can get the win, and extend that lead over the other challengers for third place, then we will go in to the Chelsea game in a very good position indeed. I'm looking forward to tonight as I will actually get to be at a game for the first time since we played Newcastle. I hope the players give me something to smile about again.
Posted by DvbrisG at Monday, April 16, 2012