Wenger seems to be reading this, what are the BBC afraid of?

Holland - a country that knows how to treat cloggers (heh!) 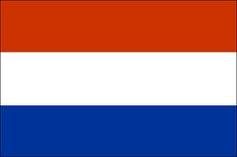 It seems that Arsene Wenger is a fan of the blog. Following my observation yesterday that the game was simply deja vu from last season, Arsene has been quick to respond via the official website:
http://www.arsenal.com/news/news-archive/wenger-chelsea-defeat-was-not-d-j-vu
"People will say [that it is déjà vu] but I don’t feel that," said Arsene. Well, he's right, people (i.e. me) are saying it was deja vu. Wenger is maintaining that Arsenal created plenty of chances to have won the game. I do not agree. We dominated possession and territory, but chances to actually score were few and far between. According to Match Of The Day Chelsea enjoyed 53% possession in the match - complete nonsense, which just about sums up the BBC, of which there is more below. At the end of the day, Chelsea seem to remain on a different level to Arsenal, though our (perpetual) injury crisis should not be ignored - I think we might just have had a bit more cutting edge had Fabregas been fit.
Time to move on.
I'm sure you will be aware by now that Hatem Ben Arfa, of Newcastle, had his leg smashed by Man City's Nigel De Jong yesterday. For some reason Roberto Mancini did a Ferguson after the game and sent Brian Kidd out to do the post-match interviews. This was Kidd's comment:
"We all know Nigel is as honest as the day is long."
What does that have to do with breaking people's legs? This is the same Nigel De Jong that broke Stuart Holden's leg earlier this year. The same Nigel De Jong that broke Xavi Alonso's rib in the World Cup Final by kicking him in the chest. Still, I expect he loves his mum, is really devastated about Ben Arfa's leg, and is not really that kind of player (and any other English footballing cliche bollocks you can think of). On Match Of The Day it was described by Lee Dixon as "one of those things" and generally swept under the carpet. Why do the BBC consistently fail to condemn serious foul play and over the top aggression on the football pitch? Are they afraid that Ferguson will not be the only one to refuse interviews long-term?
It is really quite sickening that so many players have suffered terrible broken legs in the past couple of years (four in 2010) in the Premier League, and yet our main media outlets (and their so-called experts) refuse to speak the truth about the players making these challenges.
The Dutch, meanwhile, are more inclined to speak frankly. As a result of yesterday's "tackle" (watch it on Youtube and see his right leg come through to smash the Frenchman's leg in two places) De Jong has been kicked out by the Holland manager (ignore, for a moment, the irony of that following the World Cup Final). On the Dutch version of Match Of The Day De Jong was branded a "criminal" by one of the pundits, and another ex-pro has stated that De Jong "needs mental treatment." How refreshing to hear an honest reaction, rather than the old pals act so prevalent in England.
With an international break (yet another one) now upon us there will probably be a lack of Arsenal news in the next few days. If there is anything out there that is worthy of comment then I will post about it. In the meantime I'm going to enjoy watching the celebrations from the Ryder Cup - it's been a Monday very well spent.
Posted by DvbrisG at Monday, October 04, 2010