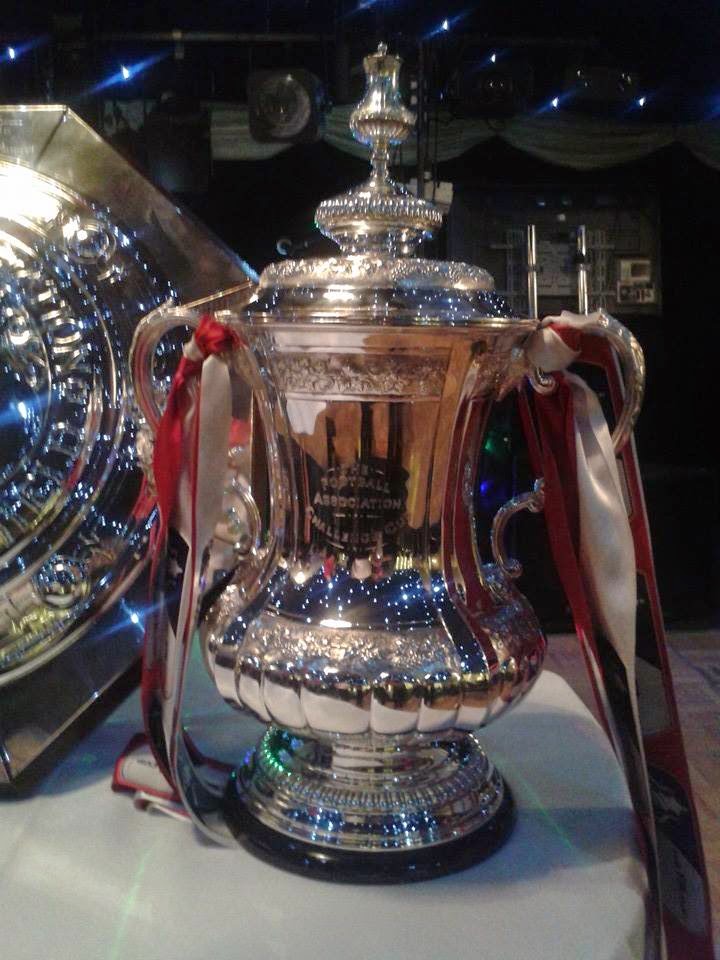 The real star of the show last night

I had the honour, the privilege and the pleasure last night to interview Graham Rix and Brian Talbot, two of the heroes of the 1979 FA Cup Final, at the annual Dover Gooners Legends Dinner. Even more than that, Arsenal Football Club were kind enough to bring to Dover the FA Cup and the Charity Shield. We also had a personal video message from Mathieu Flamini to start the night. It just shows that, for all the moaning many of us indulge in with regards to the Club, and the way they treat the fans, it's not all bad. There are still a good number of people working at Arsenal who are fans themselves, and those people understand what it means to all of us. I can honestly say that having the FA Cup was a highlight for most of the people in the room, and I think the majority took the opportunity to get their picture taken with the trophies. I've met the Cup a few times now, and it never gets any less stunning in close-up - it's also quite heavy, with most of the weight coming from the lid that was damaged by Thomas Vermaelen in May. 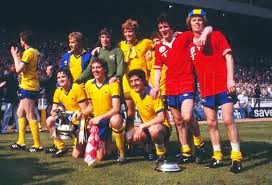 Graham Rix and Brian Talbot on their greatest Arsenal day

As I said above, I was able to interview Rixy and Brian in front of the assembled Gooners. I'm not going to give you a full run down of what was said as that's not fair on people who paid to be there! However, what comes over loud and clear from both men, as it does with all the legends we've had down at Dover over the last ten years, is that they love The Arsenal. Brian Talbot was totally effusive about the Club. Brian "confessed" to being an Arsenal supporter and how he had hoped to sign for Arsenal straight after winning the FA Cup in 1978 for Ipswich, but Bobby Robson wouldn't let him. He finally arrived in January of the following year and the rest is history. He surprised me when he said he felt Arsenal were maybe one player short of challenging Liverpool at the time - the more things change the more they stay the same, it would seem. To then see Liam Brady and Frank Stapleton move on within a couple of years must have been a real kick in the teeth.
Rixy told us about his debut (and was serenaded with "We all agree, Rixy is better than Hoddle") and how he scored early on in the game. I ribbed him that David O'Leary outscored him that day and he pointed out that both of those goals were headers from corners delivered by himself! He also talked about the cross he put in for Alan Sunderland's winner in the Cup Final, rather humbly saying that he didn't so much pick Sunderland out (he said he hadn't actually seen him) but how he concentrated on taking the goalkeeper out of the equation, as he'd been coached to do through the years, and then Alan did the rest by making up a lot of ground to poke it home. It seems so simple when you think about it, that the cross wasn't necessarily aimed at the striker, but how it was about defeating the goalkeeper and then the centre-forward doing his own job to attack the ball. It just sums up, for me, that football is a simple game. Maybe the modern Arsenal wide players and forwards could learn from that.
You'll see in the picture above that Graham is wearing a Manchester United shirt. I asked him about it and he told us that it was Martin Buchan's shirt, but Arsenal wore two shirts that day - one in the first-half and one in the second. He has his first-half shirt framed at home as a prized possession, but he hasn't a clue where Buchan's shirt has gone! It was interesting to me that Arsenal wore two seperate kits that day. You might remember that Don Howe did the same thing with his Wimbledon players when coaching there in 1988 in order to freshen them up on a hot Wembley day. Arsenal clearly left nothing to chance in 1979.
The following season saw Brian play over 70 games for Arsenal as the team went on to lose in two Cup Final's in four days. I asked if the long season had just caught up with them at the end, but he would have none of it. He said how West Ham simply got their tactics right on the day at Wembley, while Arsenal played poorly. As for Valencia in Brussels he felt that Arsenal shaded the game, and when you watch that match he's probably right, but they just couldn't get a goal to win it.
The most poignant part of the evening came when I asked Graham about the penalty miss in the shootout. He pointed out that he was in great company as Brady and Kempes also missed, but it was clear that it hurts him to this day. Rixy was quite emotional recalling the penalty, and how he felt. Some 34 years later it still gets to him. He told us how he cried after missing, then he saw his parents when he got his medal and he cried some more, and then the Arsenal fans sang his name - at this point in his recollection I think he came close to tears last night. As a fan I find it reassuring that a player could feel like that. I don't know if the modern millionaire player might feel quite the same emotions as Graham Rix did, and still does, but it showed me that a man like Rixy simply just "gets it". He felt it, and feels it, like a supporter.
To hear the way both men talked about The Arsenal was wonderful. To them it's the best Club in the whole World. As supporters we can all feel that way, but it's great when you hear the players talk in those terms. It was enlightening to hear Rixy say that every player who left, regardless of who they went to play for, all regretted leaving The Arsenal. That's quite a statement, and it shows just how special Arsenal Football Club really is.

Thanks to my brother Mick for organising another great Dover Gooners Dinner, and thanks to all of those who came to it from near and far. And thanks to Arsenal, of course, for being The Arsenal. 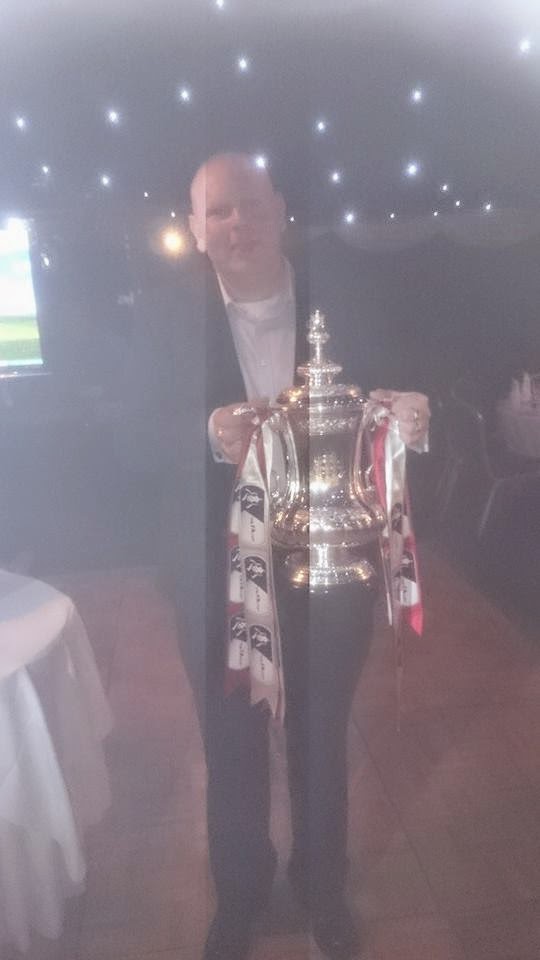 Me and my old mate - it's been too long (poor quality photo)
Posted by DvbrisG at Sunday, November 16, 2014