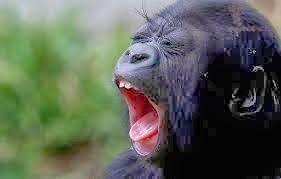 On reflection a draw is okay from last night. It puts us level on points with Liverpool and trailing only on goal difference at Christmas. Had anyone offered us that after the Aston Villa game we'd have been more than happy. What is annoying is that we could have had the three points with better finishing and, yes, better refereeing (it's the most infuriatingly recurring theme for me at the moment).
I'm going to keep this brief as I need to get ready to go out for the annual Christmas Eve gathering which includes a number of Dover Gooners. That being the case, let's cut to it quickly, shall we? Olivier Giroud is just short of being the top level striker that can win the Premier League for his team. Too often he misses the golden opportunity in the big matches. When you're playing in tight margins like last night you need a bloke who can put away that one chance. Giroud misses too many of them. He did it at Chelsea last season, he did it at Man City last week. When the ball fell on his left foot last night following one of only two or three moves we put together you sort of knew he probably wasn't going to score. To miss the target completely was criminal. I love Giroud's effort and his ability with his back to goal (though he allowed Terry to beat him in the air time and again last night) but he's ultimately paid to put the ball in the net. The lack of a top goalscorer is the difference between being clear at the top and second on goal difference this morning.
It wasn't a great performance, maybe not helped by the weather. The passing was less than poor from Arsenal's players who seemed to fail to grasp that balls over the top were not likely to stay in play on such a wet pitch. There were so many times when our players (Ramsey and Arteta were particularly culpable) just hit the ball straight in to touch. On the plus side I thought Arsenal defended very well during the game. Chelsea didn't show much ambition but the back four did okay on the night, as did Szczesny whose handling was exceptional in those conditions. I also particularly enjoyed Ozil's reaction to Ivanovic nearly kicking him in the face - more of that aggression please!
For all that we played badly with the ball we were undone yet again by a referee who has what you might call "form" where Arsenal are concerned. Leaving aside the two red cards that should have been wielded at Mikel and Ramires I just can not fathom why we weren't awarded a penalty. Mike Dean had a clear view of the foul, so he should be asked why he didn't give the penalty. Why are these very highly paid individuals not answerable for their errors? Managers and players have to come out after matches and speak, so why shouldn't a referee or linesman? It was a disgraceful decision that cost Arsenal a win at the end of the day.
Finally let's touch on Mourinho's tactics. I must say I haven't a problem with a side parking the bus. It's perfectly legitimate and it's up to you to be able to break them down. However, what I don't understand is how a supposedly top side can go in to a Premier League game against any opposition and play like that. Ferguson and Wenger would never have set up teams to "not lose" in a game where the value of a win is so huge. To play with no striker in the last ten minutes was embarrassing. And yet the press hang on the cretins every word. He has managed to deflect attention away from the terrible fouls and his inherent negativity by throwing insults at Arsenal players. There is no way a top Manager should be let off by the media after ruining what should have been the spectacle of two of the top sides in England playing football against each other. He did the same at Old Trafford at the start of the season. Like I say, it's a perfectly legitimate way of playing, but that doesn't make it something that should be praised - especially at a side who've spent so much money.
There will be a further blog post this evening, you lucky people, giving the annual Chistmas Eve round-up. I hope you can check back at some point tonight.
Posted by DvbrisG at Tuesday, December 24, 2013