Only people who attend matches suffer 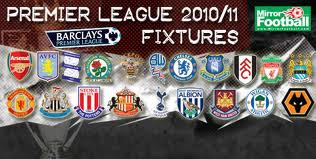 As you will have noticed from previous posts I am a shift worker. One of the benefits of the system I work is that I can arrange to work certain times of day, or to have certain days off in any week, with sufficient notice (at least for the time-being, but that's a whole other story). As a result I am more keen than most to know the latest Sky tinkering so that I can make sure I am available to see Arsenal matches as far as possible. The FA Cup often throws up obstacles in this regard and, as a result, I will miss the second-half of the Leyton Orient match due to work commitments. What I didn't expect was for the Orient game to cause me to miss the Stoke City match. As soon as the Stoke game was re-arranged for 22nd February I made sure my shifts were such that I could get to the game. Now, because the Orient game is on Sunday evening, the Stoke game has been moved once again - put back by a further 24 hours. Yours truly can not now get to the match because I have to work. So, yet again, due to the TV schedulers the people who actually pay to go and watch their team are penalised. This is totally unacceptable. I am now £40+ out of pocket on a game I won't get to see, simply because some TV company wants us to play against a lower league club for the amusement of their couch-potato viewers. Arsenal will not be offering me a refund. In truth I will probably be able to pass on my seat for the game, but that doesn't make it acceptable to shaft the people who pay their money to actually attend the match.
Do you want to know something even more annoying? Arsenal Football Club is reimbursing all away fans who have paid for their travel on the Tuesday that can't now make the game on Wednesday. So Arsenal's priority is to look after the fans of visiting teams. If a refund is to be met then it should be met by Stoke City, while Arsenal concern themselves with their own supporters. It's an absolute disgrace.
Posted by DvbrisG at Wednesday, February 09, 2011