A proper Cup tie as the squad gets smaller 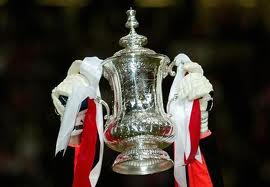 It looks right in Arsenal's ribbons


Anyone in any doubt as to the sort of side Arsenal will put out tomorrow should take a brief look at the available players. The fact is that Arsenal have only 19 players at their disposal from what might be termed the first team squad (i.e. the original list at the start of this season, before the League Cup). I can see the likes of Nico Yennaris and Ignasi Miquel being drafted in to the 18 tomorrow at Brighton simply because there is just about nobody else.
I do not rate Emmanuel Frimpong as a player. I can never fault the effort of the boy, but he is simply not Arsenal quality. However, he has been on the bench in the last two fixtures. I was utterly amazed therefore when he Tweeted this afternoon that he was "on the move". Lo and behold he has tonight joined Fulham for the rest of the season on loan. I fail to see how he can be required to possibly play (and he was certainly doing some stretching during the second half against West Ham and Chelsea) earlier in the week, and yet is now so surplus to requirements that he has been allowed to leave the Club.
Arsenal went in to January with a weak squad. I don't think anybody would argue that a number of the players might as well not be at Arsenal as Arsene Wenger had no real intention of playing them if he could help it. We've since seen Djourou, Chamakh and now Frimpong depart on loan. They could easily have been (and might still be) joined by Fabianski, Mannone, Squillaci and Arshavin. However, the fact that these guys didn't get a game doesn't mean that we can afford to not replace them. We have been over reliant on the players that have been in the side all season because the Manager refused to use those in reserve. The fact that many of the players actually getting a game should not be regulars in a side aspiring to be successful speaks volumes for the lack of quality in this squad of players.
The inertia of the Manager in the transfer market is really quite baffling. We know he's stubborn, but is he really that stupid to believe that he can definitely achieve his coveted top four position with the players currently at his disposal? Olivier Giroud may be no Robin Van Persie on the goalscoring front, but take him out of this team with a lengthy injury lay-off and we have no centre-forward in the entire squad. Take Jack Wilshere out (knowing that Abou Diaby will do well to be involved in more than half of the remaining fixtures) and we have no midfield either. We already have no defence. If you're an Arsenal fan and that does not scare you then I want to get myself some of what you're having, because it must be one hell of a happy pill. Wenger has six days to bring in at least three quality players or you can just about forget the rest of the season in the Premier League.

As for the game tomorrow it sees Arsenal travelling to Brighton for what might be considered a "traditional" FA Cup tie. For a start it's a Saturday game kicking off at 3 o'clock. It's the age-old lower division side welcoming the top tier giant for a blood and thunder match in front of a capacity crowd. Living where I do Brighton falls in to this area for our local BBC news and they have been full of it ever since we beat Swansea. There is a massive buzz it seems being created around Brighton for the visit of The Arsenal.
With traditional cup-ties of course come fears of giant-killings. Brighton are a club that evoke the very romance that makes the FA Cup so special. Not so long ago Brighton And Hove Albion Football Club was nearly extinct. That they have turned themselves around to play in a lovely looking stadium is a wonderful football story. It's the sort of story that deserves to be book-ended by a win against a major Premier League side in the FA Cup. Hopefully they'll have to wait until next season for that to happen but with this Arsenal team anything is possible.
Thomas Vermaelen is injured tomorrow, as is Mikel Arteta (those three weeks may yet become Diaby-esque). There is plenty of call for Jack Wilshere to be rested but I can't see how Wenger can afford to do that. The fact is that Jack should have come off after an hour on Wednesday night when we were 5-1 up. Arsene has spoken of the need to rest Wilshere at some point, but then wasted the chance to do so with a win sewn up early on. As it is I think Jack has to play tomorrow. If he does then he will surely lead the side as Captain. If that happens he will, I believe, become the youngest player to formally skipper an Arsenal team (Cesc Fabregas took the armband aged just 19 in the 2007 Carling Cup Final after Kolo Toure was sent off late on, thus being the youngest to actually wear it).
I don't honestly have a clue what Wenger will do tomorrow. There is a case for resting a number of players with a game against Liverpool in midweek. However, there is a greater need to win the FA Cup in my view. If Arsene left out four or five players tomorrow, and Arsenal lost, he would be utterly crucified for "sacrificing" the FA Cup. I just don't think he can afford to rest too many players. That being the case I wouldn't be surprised to see this kind of line-up:

I want to see Arsenal going all out to win The FA Cup. When I was a kid it was what you dreamt of winning. The TV companies show the competition less respect than even the Clubs or The FA these days (5 o'clock kick-off for the Final? Disgrace) but it still has a place in the hearts of people above a certain age. I remember the media claiming it was an anti-climax for Arsenal fans when we won "only" The FA Cup in 2003. I can tell you it didn't feel like it for those of us in Cardiff that day. If we are celebrating a trophy for the first time in 8 years come May by parading that beautiful piece of silverware around Wembley it certainly won't feel like an anti-climax. First we have to negotiate a tough away tie at Brighton and, frankly, I'd take a replay now given the chance.