Gunners get tough start, Time to offload those who won't make it 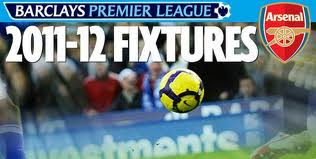 Start planning a long Winter
The fixtures are out for next season and they do not make particularly good early season reading for Arsene Wenger and his men. First up is a trip to Newcastle, so you can forget a nice warm August, t-shirt wearing, opening day. Given what happened at St James' Park last season you can look at this in two ways - depending on your view it's either an early chance to banish some nasty demons, or it's a harrowing trip for our weak-minded squad.
Arsenal's players would do well not to look too far beyond the opening fixture or they will see the looming threats of the rejuvenated Liverpool, who will be our first visitors of the season (with a European trip in the midweek in between), and then a trip to Manchester United (following the second leg of the qualifying round). It's a busy and awkward start to the campaign. Given the form Arsenal displayed over the closing months of last season it's a scenario we could have done without (Spurs face an even tougher opening to their Premier League season).
I said the other week that a bad start would pile massive pressure upon Arsene Wenger. It would also pile massive pressure on the Board to do something. The combination of the three opening League fixtures and Champions League qualifier (a self-imposed problem caused by the players failure to play past February) could create a perfect storm capable of damaging, beyond repair, Wenger's reign at Arsenal. Conversely, if the team can come through such a tough opening in good style then it could set up a vintage season. In my view that can only happen if the right players are brought in, and the right players are kicked out.


On the subject of getting rid of players I can't believe that only three youngsters were given free-transfers. Of the vast array of men sent on loan last season I am amazed that most of them are still on the books. Beyond Lansbury, Miyaichi, Afobe and Emmanuel-Thomas (and possibly Coquelin) the others seem to be dead-wood who will never make an Arsenal career as long as they possess a hole in their backside. The likes of Giles Sunu and Sanchez Watt, for example, are never going to be Premier League strikers. Samuel Galindo, Pedro Botelho and Wellington Silva have been on loan in Spain and none have been a real success (Botelho's team were promoted to La Liga this year, but three years in the Spanish Second Division is unlikely to produce a top Premier League player - just ask Manuel Almunia). All of the young players are on a very reasonable wage, which is probably why nobody will buy them, so Arsenal should cut their losses and release them. Let's be honest, does anyone really believe that Craig Eastmond is ever going to be an Arsenal player - especially after he failed to make any impact in the lower divisions?
The only one of the "never going to make it" brigade that should be kept on is Gavin Hoyte. He was doing really well in League Two with Lincoln before a serious knee injury ended his season, and possibly caused Lincoln to be relegated. The fact that he has this bad injury is what should see him kept on - it's a matter of doing the right thing by a lad who is an Arsenal boy through and through - a bit of Arsenal class, if you will.
Posted by DvbrisG at Friday, June 17, 2011