Barcelona getting on my nerves 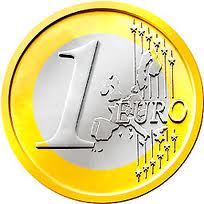 45 million of these and we might talk
Just who do Barcelona think they are? We hear day after day that they are interested in signing Cesc Fabregas. We also hear day after day that they value him at somewhat less than we are likely to accept at Arsenal. A brief look at the market tells you that the reported £26million bid yesterday is completely derisory. Barcelona continue to say that they have a limited transfer kitty so won't pay over the odds. Fine, sod-off then. If you don't have the money then you can't buy whatever it is you may want - that's a truism for life as much as football. Why should we consider selling Fabregas on the cheap, simply because the only bidder can't afford to pay more? Today we have heard Guardiola saying that Cesc is Barcelona's "priority" this Summer. If that's the case then stump up the readies.
As regular readers will know I am ambivalent about the possible sale of Fabregas. We all know he would rather be somewhere else. However, that doesn't mean we have to sell him on the cheap. Fabregas is under contract until 2015. It is a very well paid contract. Unless Barcelona even begin to talk serious money then we don't need to sell. After all, I imagine Manchester City would be willing to pay far in excess of anything Barcelona could offer - perhaps Arsenal should make it clear to City that everyone has a price as it might just smoke out Barca's "interest."
As much I as I am carefree towards Cesc moving on I believe it would have be for a minimum payment of £40m. If Ashley Young can go for £20m, and Andy Carroll for £35m then £40m is the least we can expect for a supreme World Class talent. Arseblog has coined a new phrase - "cough-up or cock-off" - very apt, don't you think?
Posted by DvbrisG at Friday, June 24, 2011