Arsene - this man is bad for my health 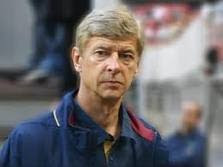 I've got to stop reading quotes from Arsene Wenger. The more I read the worse my blood pressure gets. The statements become more and more annoying, and less and less logical. I loaded up the official website earlier today and was astonished to read these articles - http://www.arsenal.com/news/news-archive/wenger-defence-strong-enough-to-win-title and http://www.arsenal.com/news/news-archive/wenger-why-song-has-a-licence-to-roam. So, according to Arsene Wenger, a defence that allows the opposition to score three second-half goals is good enough to win the Title because the goals were gifted, not created by the opponent themselves. I'm really struggling with the logic of this - Tottenham weren't good enough to play through our defence, but we gave them three goals - and that means that our defence is strong. I'm baffled to say the least. However, the article about Alex Song is what I find most annoying. At least it has cleared up the mystery of Song abandoning his defensive duties at such inopportune times - he is only acting on instructions from the boss. The bit I find frightening is the idea that the Manager wants to "fool the opponent in to trouble." So there we go. Alex Song's erratic attacking play is simply a diversion and we're performing some sort of smoke and mirrors move on the opposition. Is it any wonder we get stressed out by Wenger? I really would rather he didn't speak anymore, if this is the drivel we are going to be subjected to. It's beginning to get embarrassing and I'm amazed the press haven't picked up on this crap - if we were in Liverpool's position you could be sure Wenger would be a figure of ridicule for this kind of clap-trap. Fool the opposition? Bloody hell - even in the article itself the Arsenal.com editor, Richard Clarke talks of Arsenal's defensive issues! My heart-rate is going up again just thinking about how angry this makes me.
Tomorrow night sees a real crunch fixture for Arsenal. It's a game they should win comfortably, but I'm not going to go holding my breath. We needn't be in this position. We could have been going along to the game tomorrow and watching a "Carling Cup " Arsenal team with the group won and a comfortable passage assured. As it is, the boys must produce something under pressure. As a result there can be no real tinkering with the side ahead of a massive Premier League game - for once Sky have done us a favour by switching the trip to Manchester United to Monday night (though, as usual, it's the poor sods that pay to watch the game live who suffer with having to go north on a weekday).
The big surprise ahead of the match is that Laurent Koscielny has recovered from his "concussion" sustained on Saturday. Concussion my arse. If he really was concussed he wouldn't be allowed to play by the doctor. Arsene has announced that Johan Djourou is not available as Arsenal are being "cautious" with a thigh injury. Hopefully this means they are making sure he is fit to play at Old Trafford next week. Kieran Gibbs might possibly get a game at left back, but I don't see too many changes from Saturday. The only difference I fully expect to see is Robin Van Persie coming in for Tomas Rosicky. There is no talk of Samir Nasri (who is, worryingly, yet to extend his contract) being injured, despite his obvious discomfort after the winning goal on Saturday. Obviously we need Nasri is he's fit, but I'd rather he was fit for Monday, so I wouldn't mind if Theo Walcott got a start on the wing.
I might not get a chance to review the game until Friday due to a build-up of personal commitments, not the least of which is work on Thursday night. I think, by then, we should be looking forward with some anticipation to a massive game in Manchester.
Don't forget you can register to "follow" the blog through www.blogger.com. I am also on www.twitter.com - @ARSENALDvbrisG and www.facebook.com - It's MY Arsenal Opinion.
Posted by DvbrisG at Tuesday, December 07, 2010