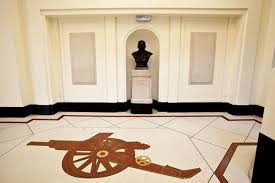 I would have liked to have written this piece this morning as everyone else has done on just about every Arsenal site going. Unfortunately some of us do have to actually work for a living so I've had to wait until now to have my say on the decision of Arsenal to thieve more money from their most loyal supporters.
The quote below is attributed to Herbert Chapman, the man who made Arsenal Football Club in to the biggest and best in the whole World:

Unfortunately our Arsenal is no longer run along those noble lines. We are the plaything of an American businessman who has no interest in either Arsenal or football. We are simply a business investment and a cash cow for a man who married in to money. He couldn't give less of a s*** about the supporters of Arsenal and nor could the man he pays to do his bidding as Chief Executive.
If you're wondering what I'm banging on about then you must have been under a rock since last night. Arsenal have chosen to send an email to all season-ticket holders informing us that, because Barcelona has been deemed Cat A for ticket pricing, we will all have money added to the price of next years season ticket. In short, the so-called price-freeze announced before Christmas is anything but. This at a time when the team is blowing the Premier League and Arsenal are about to take their share of the multi-billion pound TV deal this year. This move will generate in the region of £800,000. For an establishment with about £200m in the bank it is a piffling amount of money.
The cost to each individual isn't that much - mine is less than £20 - but the principle of this is what matters. What kind of club has Arsenal become where they choose to fleece loyal supporters (my Dad has been a season ticket holder for nearly 45 years) simply because they can? This is nothing but pure greed. Season ticket holders have pre-paid for the first seven home ties in cup competitions (not including the League Cup) in any season. The overall price is based on the cup games being rated as Cat B. Bayern Munich and Barcelona have both been rated as Cat A. Arsenal could have balanced this by making the other five home ties so far as Cat C and done everyone a favour - nobody would have argued, but it's all about Kroenke's bank balance. At least this year he'll be able to tell us exactly what the £3m for services rendered is all about - I wouldn't be surprised to see the cost of his advice go up by, shall we say, £800k?
A football club is nothing without the supporters. We are the people who will always be around. Kroenke, Gazidis, Wenger, whoever it may be, are all transient figures. What they seem to have succeeded in doing with this crass extra charge is uniting the disparate fan groups and individuals in to a common gripe. There are going to be protests at the Leicester game and I will be advertising them heavily on this site, on my Twitter feed and on the Facebook page. Something has to be done in order to show Kroenke that, even though he may be thousands of miles away, the Arsenal supporters have had enough of him. It will probably have no effect on the man - he doesn't care - but the PR own-goal Arsenal have scored here should not be underestimated and the fans have a right to have our voice heard.
At the same time as Arsenal were announcing their surcharge, the Daily Mail was reporting that they were among the clubs to vote down a proposal to cap away ticket prices at £30 in the Premier League. Arsenal supporters who go to away games, just like Manchester United and Liverpool, pay more to go to those matches than supporters from the likes of Norwich and Villa who have occupied the same seat a few days earlier. Wherever we go we are the big draw and have to pay the price of that. Here was an opportunity for Arsenal to reward those who are dedicated beyond belief in travelling all over Europe to watch them by ensuring a reduction in the cost of attending domestic away games. Instead of this they have been at the forefront of ensuring we all pay more than we should.
When Keith Burkinshaw got given the sack at Spurs he was famously quoted as saying "there used to be a football club over there" as he stood opposite White Hart Lane. I find myself feeling that way about my beloved Arsenal this evening. We used to have a football club, with custodianship (and not ownership) at the forefront of how things were run. The Bracewell-Smith's and the Hill-Wood's understood they were there to run a football club for the supporters. Stan Kroenke is there to see a return on his investment, nothing so romantic as actually developing a successful football team. Before anyone wants to throw David Dein in as the saviour just consider who introduced Kroenke to Arsenal in the first place. If Dein hadn't got greedy then Kroenke wouldn't be there at all.
Arsenal Football Club was a by-word for class. Doing things "The Arsenal Way" used to mean something and we were proud of it. Last night showed that the last vestiges of class have been torn from the heart of Arsenal - the ten years since our move away from the most wonderful football ground in the World has seen this gently eroded, bit by bit, until this final stone was cast - Arsenal has declared war on the most loyal fans. Now they must reap the whirlwind.


STOP PRESS: Arsenal have DROPPED the surcharge! I wonder what caused that. The principle still stands though.