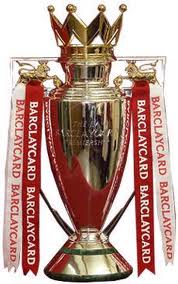 It looks good in its Arsenal ribbons

I've held off from writing the annual season preview until after midday today as I wasn't sure if we would see an announcement of someone being signed in time for the Villa match tomorrow. With the injury news of Mikel Arteta being pretty disastrous I fully expected us to have done something over night. Despite what some would have you believe it is entirely possible to get business done at short notice. As it is we have done nothing at all. More on that in the preview that follows further down this post.

I was fuming last night, yet again, when I read Arsene Wenger's comments regarding Gervinho. Regular readers will know I'm not a defender of the Manager, and last night merely underlined why. Apparently Gervinho's generally awful displays were down to the pressure put on him by the supporters. What utter rot that is. If he thought he got a rough ride from us lot I dread to think what he'll make of those lovely gentlemen that make up the Ultras of AS Roma. According to our esteemed leader Gervinho was a very creative player. I suppose that was true to start with. Right up until defenders worked out he had one trick, and his only aim was to beat them on the outside and get to the byline. The trouble with one trick ponies is they don't get too far once they've been worked out. Gervinho got worked out by everyone very quickly.
According to Wenger the Ivorian found it particularly tough when playing at home. As it happens I don't think Gervinho had it too bad from the Arsenal fans. I would say that Aaron Ramsey got far worse than he did last year. The fact is that Gervinho simply wasn't good enough. I don't agree with the fans getting on a players back as it's no good to anyone. If you want to have a pop then do it at the Manager who keeps picking people who are either way off form, or way out of their depth.
I'd like to ask Mr Wenger how he explains Gervinho's display at Bradford City, and the worst miss I've ever seen from an Arsenal player, if it was home games that were the problem for him. At the end of the day Gervinho didn't have what it takes. For Arsene Wenger to have a go at the fans for his own shortcomings as a Manager is outrageous and shameful.

So the Premier League season starts tomorrow. I've been in two minds about whether to do the traditional preview this season. With the transfer window open for another two weeks the predictions I will make have every chance of looking even more stupid than they normally do. That being said, it is the traditional season opening piece on this site, so I've decided to go ahead with it. It's just a bit of fun, except the bit about Arsenal.

Aston Villa
Our opponents tomorrow have a had a pretty decent pre-season. They've got a few wins, and scored a good number of goals. Most importantly they've got Christian Benteke to stay. For me he is just about the sole reason the Villans stayed up last term, and they will be reliant upon the big Belgian once again. Can he re-produce the form of his first year in England? I suspect he can, and Villa may well step up this season. I don't really understand the treatment of Darren Bent, and I wonder if it leaves them short should Benteke get a knock. Mid-table safety for Villa.

Cardiff City
This is the first season in the Premier League for City. They won the Championship last season and their vociferous (violent?) support will follow them all round the country. As with all promoted sides they will need to get off to a good start and to have a great record at home. Thanks to that vocal following any visit to Cardiff will be uncomfortable for the opposition. Whisper it quietly, but they'd be more than happy to emulate Swansea City. Personally I wouldn't be upset to see the back of them at the end of the season, and they begin among the favourites to go down. Seventeenth position come May would be a massive achievement.

Chelsea
The Special One is back. Oh rejoice! All of English football is delighted to welcome Mourinho back to the Premier League. After all, it's been so dull without him. Or at least that's what Sky keeps telling me I should think. In the real World the only people happy to have Mourinho back are Chelsea supporters. His record speaks for itself, and you have to expect Chelsea to be up there challenging for just about everything. I suspect Lampard and Terry will move even further out towards the fringes at Stamford Bridge as Mourinho is happy to be ruthless. The surprise is that he's yet to strengthen his squad, apparently chasing Rooney at the expense of almost any other players. Is that folly? Something tells me Mourinho might have something up his sleeve, but quite why he's leaving it I don't really know. Top three for Chelsea, possibly Champions.

Crystal Palace
I like Crystal Palace. Selhurst Park might be a relic on three sides but it's a good away game to go to. The problem they have now is that they are managed by the self-publicist that is Ian Holloway. As with Mourinho Sky keep telling us to like Holloway because his public statements are always so funny. My aching sides are testament to that, I'm sure. I don't see any way that Palace can stay up, even though  they've brought in goalscoring talent like Chamakh. Bottom place.

Everton
The post-Moyes era will be starting, perhaps unexpectedly, with Fellaini and Baines still in place at Goodison Park. All credit to both of them for making no attempts to force transfers to more glamorous new surroundings. Roberto Martinez has taken over and is highly regarded, especially after the FA Cup win with Wigan. However, I would be very concerned about the inability to Martinez to put together a side that can defend competently. He has also brought players in from Wigan, and I'm never a fan of players who've been relegated. If he can consolidate Everton's position and challenge for a UEFA Cup place, and maybe have a good cup run or two, then Martinez will have done very well in his first year. I think they'll be top eight, but maybe not so close to the places that matter.

Fulham
The addition of Darren Bent this morning could be massive for Martin Jol's men. They've been released from Al-Fayed's circus, but it remains to be seen how the new owner will invest in the Club. By bringing in Bent he's given a positive sign, albeit only a loan signing at the moment. Bent has scored goals just about everywhere he's been. Last season they really struggled and Jol was under a bit of pressure. Maarten Stekelenburg should be an improvement on the veteran Schwarzer in goal and I see Fulham not having half the troubles they did last time out. Mid-table mediocrity should be very welcome.

Hull City
The last of the promoted sides is managed by Steve Bruce. They used to be managed by Phil Brown. I hope they get relegated, and I'll be surprised if they don't.

Liverpool
Liverpool have certainly spent money again this summer. They've also shipped out Stewart Downing. It's difficult to assess how they will go until Luis Suarez's situation is finally sorted one way or the other. Whatever happens he won't be able to play until well in to the season. Aspas has made a decent start in pre-season, but I would worry about a midfield still reliant on Steven Gerrard. Without Carragher at the back they should be a bit quicker (although bringing in Kolo Toure was absolutely bizarre), and they are trying to strengthen the squad in all areas. I believe Simon Mignolet is the best goalkeeper in the country right now, and he is a massive improvement on Reina who has been largely awful for at least two years. If I had a worry for Liverpool it would be Brendan Rodgers. The man is David Brent being a football manager, and his constant public pronouncements on Suarez, while criticising anyone and everyone for talking about it, has not been the behaviour of a Manager at a huge Club. Top six if Suarez stays and performs properly.

Manchester City
The practice of collecting centre-forwards has not stopped with a change of boss at City. Tevez may have moved on, but Jovetic and Negredo have arrived. Pellegrini has a reputation that seems to slightly outweigh his achievements as a Manager and it will be interesting to see how he goes. With the money he has behind him, and the players in the squad, Manchester City should be right up there once again. I can see Micah Richards being more involved under the new man, which should strengthen their back four. However, if Kompany is missing for any prolonged period again they will struggle. Joe Hart is overrated in the extreme, as he proved once again on Wednesday, while we know Clichy isn't up to much. The defeat to Arsenal last week should have had alarm bells ringing and there is much work to do. Top four only for City should be considered failure.